“One must not start from any conclusion, from any belief, from any dogma which conditions the mind, but from a mind that is free to observe, to learn, to move and act.”

I have had a long-standing interest in Hindustani classical music.   In my mid-forties, in 2008, I started taking it more seriously and studied the basics of vocal music in the Dhrupad style with Shubha Sankaran.   In September 2013, I was accepted as a student by Pandit Rajshekhar Mansur of the Jaipur-Atrauli Gharana and studied with him till January 2020 when my visits to India were halted by the pandemic.  He passed away on May 1, 2022. I was blessed to have had him as a guru.

A short personal memoir in Scroll about my relationship with Guruji and his music, written for his 80th birthday.

A longer blog for the occassion about Guruji, his music with excerpts from his writing and music.

My guruji and me in his father and guru Pandit Mallikarjun Mansur’s house in Dharwad:

The Jaipur-Atrauli Gharana (school/style/”home”)  is one of the pillars of the Khyal style of Hindustani music.  The Gharana was developed by Ustad Alladiya Khan in the late 18th century by building upon the Dhrupad foundations within which he was trained.  It is characterized by a combined emphasis on intricate rhythmic patterns,  melody, and the purity of notes, improvised – more strictly than in the other Khyal styles – within the framework of a composition.  It has a wide repertoire of rare (aprachalit) and blended (jod) ragas, along with more commonly performed ragas such as Shree and Bhairav.

To learn more about Hindustani music:

The website of the Sangeet Research Academy in Kolkata has useful explanations and demonstrations.

Rajan Parrikar has a set of articles on Hindustani ragas and musicians that are politically incorrect, highly opinionated, and extremely instructive.

The music of my guru Pandit Rajshekhar Mansur.  In the first he sings Raga Khokar, and in the second he sings raga Ek Nishad Bihagada and plays his father in a short film by Shyam Benegal:

The Indian postal service recently released a stamp honoring my guru’s father and guru, Pandit Mallikarjun Mansur, one of the greatest Indian musicians of the 20th century: 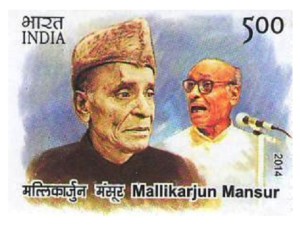 Two videos of Pt. Mallikarjun Mansur. The first is a short performance by him, accompanied by Pt. Rajshekhar Mansur, of Raga Nat Bihag.  The second is a wonderful, if austere, documentary on his life and music (note that it starts at 1.30). 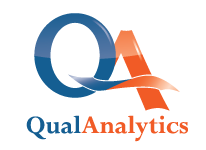 2022, Money vs Kudos: The Impact of Incentivizing Local Politicians in Rural India

2022,Qualitative Analysis at Scale: An Application to Aspiration in Cox’s Bazaar, Bangladesh

2022, Can Economics Become More Reflexive? Exploring the Potential of Mixed-Methods